He begins with a statement of his scientific background;


My parents were science-based people: my mother was a dental educator and my father was a microbiologist. Many of my friends were children of members of the medical community. These people were my heroes and not one of them did "crazy, voodoo crap like acupuncture, homeopathy, herbs or reiki." These people did "modern medicine," which came from science and used the best of our knowledge to help people. I was, and still am a science guy.

Apparently he forgot to pay attention to his heroes, and in science class as well, because he proceeds to interpret anecdotes, testimonials and possibly outright fraud as scientific proof that various alternative medicine techniques actually work. He also discusses bias in a twisted way. It is true that prejudices can lead to premature judgments, but it does not mean we should accept anything based on the kind of evidence he presents in his article. being open minded is a good thing, being so open minded that you stop thinking critically, or even stop thinking at all is just as bad as any other bias that can affect our thinking. He goes on to present several anecdotes to prove his point, but to anyone who does utilize critical thinking, the flaws in these stories are fairly obvious.

The first anecdote is about a discussion he had with an alternative practitioner;


I said, "I understand you cure cancer." I knew this question would expose him for the fraud I knew him to be. He responded, "No, absolutely not. We don't cure cancer. Frankly we don't even treat cancer. What we do is support individual patients' immune systems and sometimes remarkable things happen."

This is pretty remarkable; the veterinarian admitted that he did not treat cancer, but then makes the fairly meaningless claim, common to many evidence-free treatments, of "supporting the immune system". Mark Crislip has an excellent post about supporting or boosting the immune system here .
He then proceeds to discuss cases where he thinks cancer was cured by alternative methods.


Then he presented a case complete with documentation from the top referral small animal hospital in New York. This case was a cat with a massive brain tumor diagnosed with state of the art brain imaging and found to be too severe for treatment. The cat was blind and semi-comatose on presentation to his office. After receiving dietary therapy the cat regained its sight and later had new x-rays taken only to reveal the tumor was 50 percent smaller. I had never seen anything like that before.

Top hospital or not, Dr. Palmquist knows that  an image, no matter how high-tech, of a mass is not a diagnosis of a tumor. It is a picture of something which may be a tumor, an infection, or even an artifact that only looks like a mass. Either he is leaving out many details (was the mass biopsied, was the cat treated with any other evidence-based treatments, etc.) or he is not asking the scientific questions he should be asking.
The next anecdote is another cat with a tumor;


On Monday I went to his clinic to observe him work. The first case was a terrible oral tumor that was recovering after receiving cryosurgery -- freezing the tumor to kill it. I had not seen this type of surgery for this kind of disease before and was amazed at how well the cat was doing. I also noticed the intensely honest communication and loving connection he had with both the people and then cat. My heart melted a bit.

This is another common tactic of alternative practitioners; co-opting  science based treatments and calling then alternative. Cryosurgery has been used to treat many different types of tumors and other lesions for many years. It may be true that Dr.Palmquist had not seen it used to treat oral tumors, but it really should not have been such a surprise. Cryosurgery was commonly used for many years before Dr. Plamquist's epiphany. Honest (debatable) and loving communication is also not limited to alternative practitioners. The next case also should raise some red flags, but apparently by this time Dr. Palmquist was so ready to believe anything that he fainted;


The next case was a paralyzed German shepherd dog which was treated by top specialists. The dog was carried in on a stretcher and a neurological exam showed the dog to be
non-functional. I knew after such a long time that euthanasia or hopeless surgery was the only option, but the "likable quack" began applying acupuncture needles to the dog. The dog lay there happily, and then the needles were removed at which point the patient simply got up and walked over to the owners.

Extraordinary claims require extraordinary evidence. Either Dr. Palmquist was cruelly played, or he is again using weasel words to imply more that what actually happened. If the dog was really non-functional and was "cured" so quickly using acupucture, that really would have been remarkable. Again, what does "non-functional" really mean? The story sounds amazing, but many questions need to be answered before we accept the claims made here.

Since Dr. Plamquist's conversion to integrative medicine, he has apparently published many case reports, which are really just formalized anecdotes, and are not scientific proof of much of anything, and has written a textbook on integrating alternative medicine into veterinary practice. He is apparently a proponent of the pseudoscience of homotoxicology, and is the president elect of the American Holistic Veterinary Medical Association. The kind of fuzzy thinking Dr. Palmquist has demonstrated in his post does not inspire confidence in the scientific rigor of his association.

Addendum; Steve Novella has an excellent post today demonstrating the harm that can come from honest, caring and well-meaning quackery. 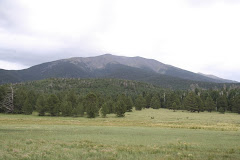